Breaking News! We are going the wrong way! Thousands of us should be going to Ukraine.

Mother Of All Boycotts

Happy Mother Of All Boycott's day!

The radical right's agenda for the midterms 2022

Elon Musk said that the left has gone too far. Let's look at the facts.

So, what are we going to to to stop the obstructionist party? Nothing. A whole lot of nothing. Why should we participate in a system that considers minorites to only be worth 3/5 as much as white men? Why should minority athletes play to pay for the white way of life? We will pull all our money out of this unequal system. We just have to pick a time and a place to call in sick. Quit our Amazon accounts. Protesting will not stop their madness. Attacking their wealth will!Their selfish agenda will be bad for the economy. We will attack their wealth with mobilization, organization and unleashing the MOAB! If we stick together like birds of a feather we will weather the storm and form a more perfect union.

The world should tell Russia that we will help them build back better if they remove Vlad the bad actor from power. That is our best offer. Putin is now impotent. Putin and his henchmen will be convicted of war crimes and will be arrested as soon as they leave Russia. If Putin had just called Volodymyr Zelenskyy 3 months ago and made peace and committed to work with the global community then thousands of Ukrainians would still be alive and Russia would be stronger. But, sadly, that ship has sailed and Putin has to go! If Russia gets rid of Putin then the entire world will help Russia build back better.

We are going the wrong way! Thousands of us should be going to Ukraine.

By bus! By train! By plane!
By George, I think we've got it!

As of now, there isn't a no fly zone. So what's stopping us from flying in humanitarian relief to the Ukrainian people? Ukraine is a free country and the world has the right to stop Putin from mass murder.

Russian soldiers suffer from low morale and low pay. We can drop leaflets telling Russian soldiers to join the resistance and we will give them a new life and a new job.

Unite and fight the rightwing nut jobs. How do we stop
Vlad the bad actor? 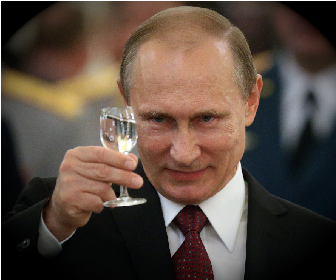 DoS attack by millions of citizens across the globe. GameStop did it to Wall Street. We the people can beat them at their own game. There has never been a better time in history of mankind to redesign the status quo. These strong men have got to go. They are the wrong men to lead us into a brave new world. We the people can give the Ukrainian people some power. it is our duty as humans as God is our witness. The resistance must wage a rebellion and ring in a brave new world. Democracy is a reflection of the human spirit.

More to come. I'm not close to being done.
Poor Richard 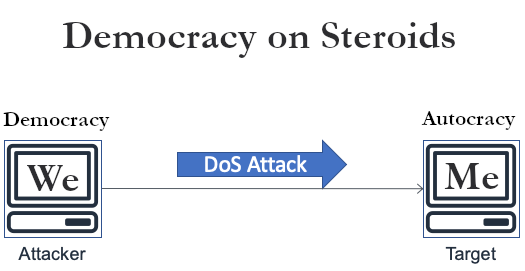 Mansinema has reared it's ugly head, but democracy is not dead. Let's show the rest of the world how Democracy works. These two want perks more than voting rights. They have reduced minority rights to 3⁄5 of a white man. Why should we the people participate in a rigged system. We will pick a date and a time to attack their wealth. Their selfish decision will be bad for business -very bad. I can guarantee that there will be hell to pay for Joe Manchin and Kyrsten Sinema betraying their base.

Equal voting for all is the best thing that we can do for business. My advice to Wal-Mart and big business is to have a little talk with Mansinema or else we will be forced to use the Mother Of All Boycotts. There has never been a better time in the history of mankind for the 99% to unite and conquer! Our numbers will grow and grow until we reach a righteous crescendo. We will boycott by the millions!

It's not up to Kyrsten Sinema and Joe Manchin to decide if we the people get a living wage. That is the difference between an autocracy and a Democracy. The 99% decide and they do what we the people tell them to do. $15 per hour is not too much to ask from someone who drives a Maserati and talks down to people from his yacht. Kyrsten Sinema is not much better -writing love letters to the Koch brother family.